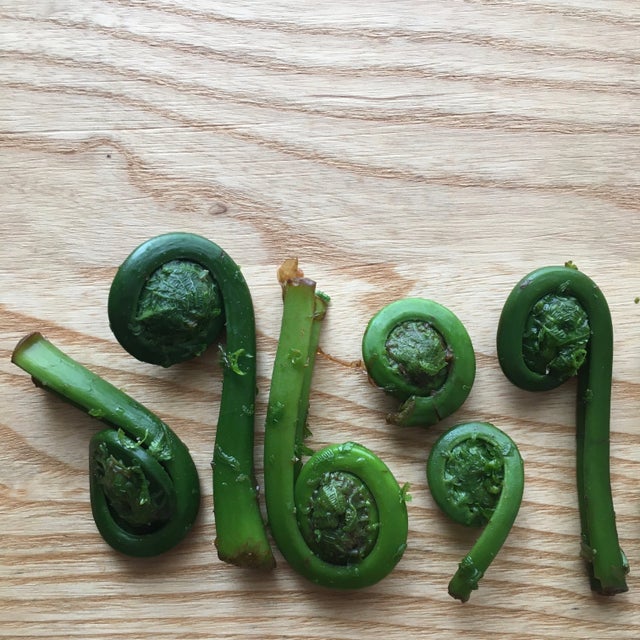 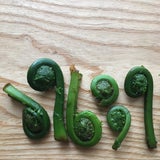 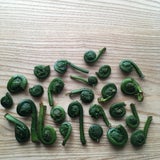 grown in the west coast of BC

Fiddleheads are the tasty edible part of a young fern shoot. All curled up in a tight green ball, you pick these delicacies in springtime.

Fiddleheads should never be eaten raw. Proper handling and thorough cooking of fiddleheads can reduce the risk of foodborne illness. Wash fresh fiddleheads several times in fresh cold water. Remove as much of the brown husk as possible from the fiddleheads. Cook in boiling water for 15 minutes or steam for 10 to 12 minutes until tender. Discard the water used for boiling or steaming fiddleheads as it may contain the toxin. Fiddleheads should be boiled or steamed before sautéing, frying, baking or making other foods (e.g. soups, casseroles).