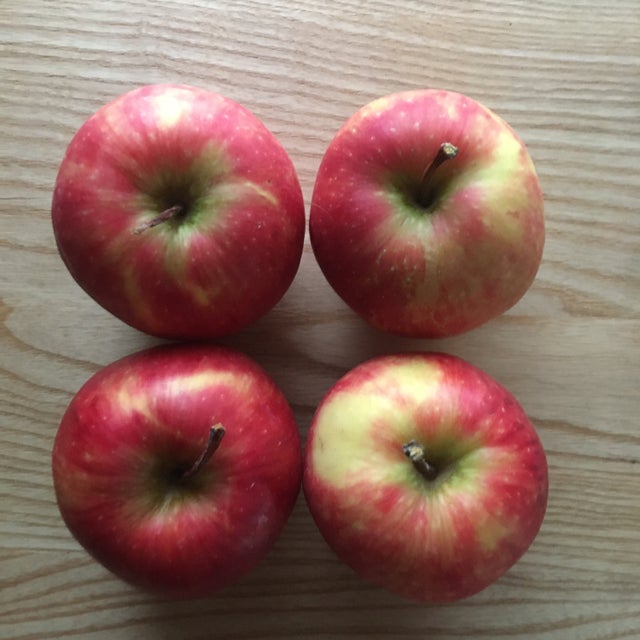 Kidd's Orange Red is named after James Hutton Kidd, an orchard owner living in New Zealand in the early 20th century who had a passion for raising new varieties. Kidd might have been living in the New World, but he was clearly a fan of the complex aromatic flavours of the "English" style of apple. Like many before and since, he experimented with crossing Cox's Orange Pippin, the temperamental but definitive English apple variety. In Kidd's Orange Red he achieved that something special which marks the great from the ordinary, and set a benchmark that has rarely been matched - this is undoubtedly one of the most outstanding "English" style apples available.

The visual appeal is matched by the taste. The skin is thin and the flesh is a light yellow-cream colour, and quite dense. It bites cleanly, but is firm rather than crunchy. The flavour is sweet and honeyed, noticeably sweeter than Cox's Orange Pippin. The aromatic complexity of its parent is still there, but rich sweetness is the predominant impression. Like many "English" style apples it is also pleasantly chewy, and each bite seems to release yet more juice and flavour. It's in some ways reminiscent of a good French dessert wine - sweet, but with a good kick to it.

Sold out
Add to Cart
Proudly powered by Weebly